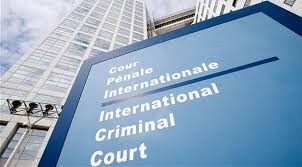 The Special Statement of  the Rehabilitation Centre for Victims of Torture RCT/EMPATHY,

To the Parliament of Georgia

As it is known, from January 27, 2016, the Hague International Criminal Court has been investigating the military crimes committed during the 2008 Russian-Georgian war. The issues of investigation are:  1. inquiry the issue of killing and ethnic cleansing of Georgian population and 2. Assault on Georgian and Russian peacekeepers, – during the time period of July 1 – October 10, 2008 on the territory of so called “South Ossetia” and the surrounding areas.  The investigation is also focused on study of the other crimes connected to alleged use of disproportionate force by Russian and Georgian Military Forces towards to the civilian targets.

Recently, on the background of the presidential elections in Georgia, the officials of the Georgian authorities and the presidential candidate, supported directly by the pro-governmental political party, make clear statements regarding the accusation of Georgia in 2008 Russian-Georgian military conflict, what’s in our opinion, has negative influence on the investigation in general and on war-affected population, as well as affects witnesses of the investigation and in the same time stimulates  extension of occupation, as it’s evidenced by the movement of the occupation line by 30 hectares in the village  Atotsi.  All of the mentioned, therefore, lead to widespread concerns, emotional escalation and confrontation in society.

It is also noteworthy that on July 25, 2017, the Government of Georgia and the International Criminal Court signed an agreement on promoting the investigation.

Consequently, taking into consideration the biased and unambiguous attitude of the authorities towards this issue, the issue of objectivity of cooperation is questionable.

Based on the foregoing, we call on the Parliament of Georgia, including all factions: