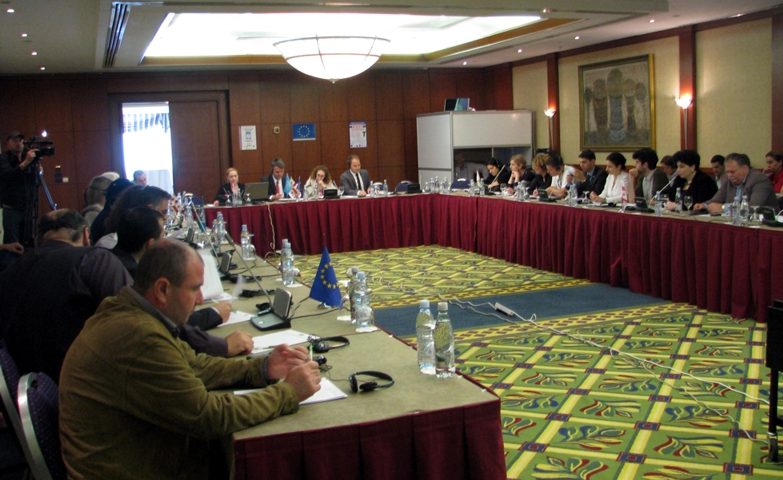 The International Rehabilitation Council for Torture Victims (IRCT, Denmark, Copenhagen) in cooperation with the Center for Rehabilitation of Victims of Torture “Empathy” (RCT/EMPATHY, Georgia) within the framework of program “Use of forensic evidences for the fight against torture” (program is funded by the EU, EIDHR/2007/71) organized working meeting (Workshop) for experts of legal and medical spheres on the following issue: Legal and Forensic Medical Regulations in Context of Torture in Georgia.

Purpose of the meeting was promotion of open and transparent discussions on the issue of timely, effective and impartial investigation cases of torture and other forms of inhuman and degrading treatment. This issue still remains problematic as we see from the number of appeals filed to the European Court of Human Rights on the issue of torture and high number of lost cases.

During the meeting was considered procedural and medical regulations and their compliance with international norms. Namely, we considered drawbacks characteristic to regulations related to forensic medical examinations and procedural problems, which are not in compliance with commitments undertaken by Georgia in regard to international covenants on torture, including UN Convention and Istanbul Protocol.

The establishment of permanent medico – legal coordination group for improving the legal regulations on mentioned issues in Georgia was planned during this meeting.