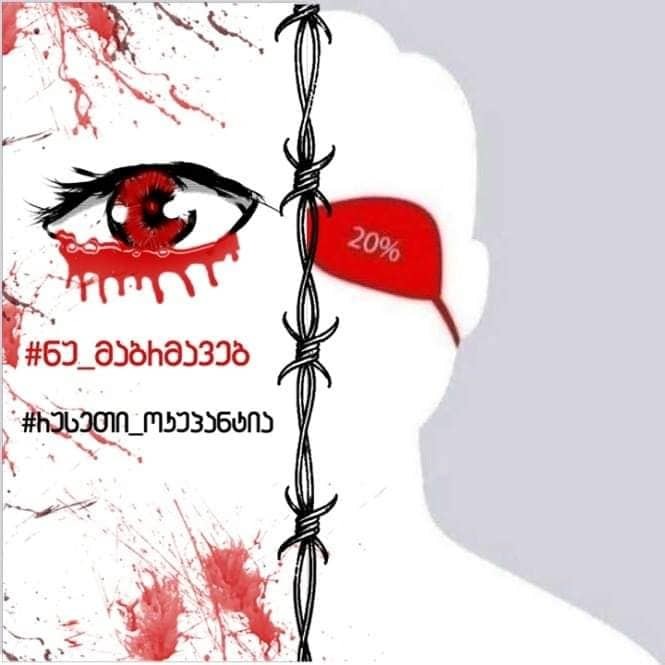 On June 20, 2019, the demonstrators protesting Russian occupation in front of the Georgian Parliament were brutally dispersed. As a result of this, hundreds of peaceful demonstrators sustained injuries and 30 of them serious injuries,;several demonstrators lost their eyes and 305 people were arbitrarily detained.

Unfortunately, Georgian Government have not reacted adequately to the brutal, disproportional use of force by the Ministry of Interior’s special force units. The Minister of Interior, Giorgi Gakharia, who ordered and commanded this violent operation has chosen the course of disregarding the law and covering those who used disproportional force during the dispersion operation.

To fight these unlawful actions and ensure the restoration of justice, on June 23, 2019, a group of young lawyers started the permanent hunger strike with the following demands:

1.Removal from his position of the hangman Gakharia !!!

2. Immediate release of those who were arbitrarily detained during the bloody dispersal of the demonstration against Russian occupation on June 20, 2019 !!!

3. Swift and effective investigation of the facts of cruel, inhuman treatment that took place on June 20, 2019 and punishment of their penetrators !!!

Non-governmental organisations Rehabilitation Centre for Victims of Torture „Empathy”, Atlantic Council of Georgia, Modernization Institute, Statecraft Lab and the solidarity group fully support the young lawyers participating in this hunger strike, share their demands and appeal to other civil society groups to declare their solidarity to these young people that started the permanent hunger strike.