The Statement of the NGO “RCT/Empathy” regarding captivity, torture and killing of Archil Tatunashvili by the Occupation Regimen and the Recommendation to the Georgian Government 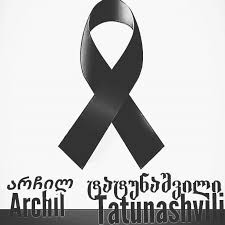 The rehabilitation centre for victims of torture, violence and pronounced stress impact RCT/Empathy defends rights of many aggrieved persons, living in occupied territory and in nearby villages of military conflict, among them rights of killed Archil Tatunashvili. The appeal to the European Court of Human Rights for using Rule 39 is being prepared, what declared the RCT/Empathy’s director in TV 1 Channel on February 28, 2018.

The RCT/Empathy will provide legal, forensic medical and rehabilitation services by International Standards.

Since 2015 the International Criminal Court has been investigating crimes committed during the 2008 Russian-Georgian War. Unfortunately, in the scope of investigation aren’t included ethnic cleansing victims from Kodori Region and cases of severe violations of human rights after October 2008 in the territory of occupied Abkhazia, South Ossetia and nearby territory of occupation.

It’s necessary for Georgian Government to have a consistent and consecutive security policy with incorporated human rights defending priority for prevention of such cases and responding adequately to existing challenges.

The RCT/Empathy calls upon the Georgian Government to elaborate effective and multilateral security policy, as well as to raise a point on broadening of investigation scope of International Criminal Court and effectively use mechanism of European Court of Human Rights, to toughen law against the occupant country.

The rehabilitation centre for victims of torture “Empathy”