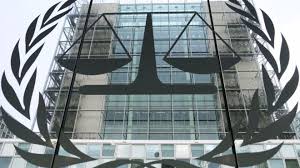 Today, at 16.00 in the Administrative Cases Panel of Tbilisi City Court will be held the third trial between the State Regulation Agency for Medical Activities and the NGO RCT/Empathy.

The Agency claims the RCT/Empathy in violation of state licensing conditions, what is absurd in itself, because in the legal basis the Agency refers to the conditions intended to inpatient (Hospital) facilities. The RCT/Empathy has never had inpatient facility license.

The previous trials were held on 15/10/2019 and on 31.10.2019. The Agency’s representatives did not attend at any of theCourt hearing, but nevertheless, the trials were held and adjourned at the request of the judge; the judge Valerian Filishvili requested an interrogation of a Regulatory Agency’s representative,Mr. Sachaleli as a witness.It would be interesting to answer the question, under whose direction the aforementioned employee of the Agency acted.The RCT/Empathy considers, that the Agency’s punitive demarche, as well as the unhindered adjournment of trials, raise many questions about politically motivated pressure.

The RCT/Empathy is the only non-governmental, non-profit organization, that holds forensic medical and forensic psychiatric licenses and documents cases of inhuman treatment in accordance with international standards (Istanbul Protocol, Minnesota Protocol). We believe that this fact has become the basis for the motivated prosecution of the NGO center “Empathy”. Our lawyer, Mr. Giga Lemonjava and the representative of NGO GDI, Mr. Eduard Marikashvili, defend the RCT/Empathy’s interests in the court.